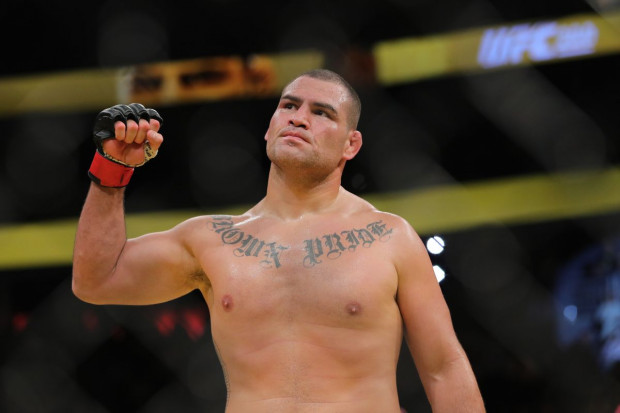 Cain Velasquez is looking to make a statement against Francis Ngannou.

Cain Velasquez feeling young again, looking to "regain what he always knew was his."

After spending 30 months away from the Octagon, former UFC heavyweight champion Cain Velasquez is back.

Velasquez has been riddled with injuries throughout his career but, after taking some much-needed time off to heal, the 36-year-old is fully recovered and feels just like he did when he was younger.

According to a recent interview:

“I feel like I did when I was younger, I do. Obviously things are changing — and as far as that, it’s like, I have to be smarter when I train because I could definitely overtrain at any moment. That’s just what I do. But I still definitely do feel the same. I feel like the time off that I’ve had, I’ve been able to work on some stuff that I really can’t when you’re in fight training, because you’re obviously training for a specific guy, just for a specific style. But to not have anything on the books and to be training just kinda the stuff that you want to train, different techniques and stuff, it was great time off.” Velasquez said.

A.K.A. head coach Javier Mendez echoed his students’ sentiment, claiming that Velasquez is looking to "regain what he always knew was his" when he returns to the Octagon next month.

“He’s gotten smarter in training, He knows when to back off now. His time off has actually helped him, his body heal, and he’s quick like always. He hits a little harder and he’s motivated more than ever. He’s watched everybody else come onboard, and realistically I think he’s come back to regain what he always knew was his. And once DC’s done, which will be hopefully this year, then Cain will take over. That’s what I’m looking at.” Mendez said.

Before Velasquez reclaims the heavyweight throne, the NCAA Division I wrestling powerhouse will have to get past feared knockout artist Francis Ngannou, who he faces in the UFC on ESPN 1 main event on Feb. 17.