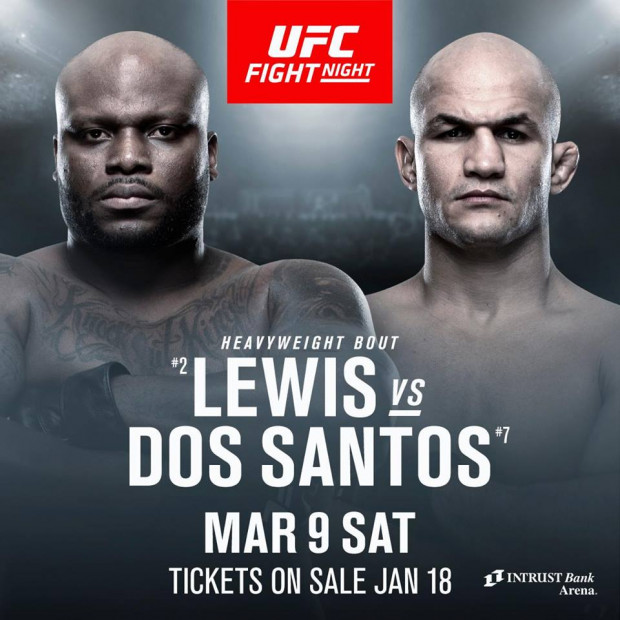 MMAjunkie’s reports that a heavyweight bout between former champion Junior dos Santos and fan favorite Derrick Lewis is verbally agreed to. No official announcement has been made by the UFC.

Dos Santos (20-5) is on a two-fight winning streak, having bested Blagoi Ivanov by unanimous decision last July, before scoring a second-round TKO of Tai Tuivasa in last month’s UFC Adelaide main event. The Tuivasa victory marked his first stoppage victory since his memorable wheel kick KO of Mark Hunt in 2013. In fact, this is his first winning streak since he started his UFC career 9-0, winning and defending the heavyweight title before losing it to Cain Velasquez in their 2012 rematch.

Lewis (21-6, 1 NC) had a rollercoaster of a 2018. He rallied to TKO Marcin Tybura in February, had an unbelievably dull unanimous decision over Francis Ngannou in a fight where a violent KO was the expectation, pulled out a miraculous KO of Alexander Volkov at UFC 229, and turned that winning streak into a title shot against Daniel Cormier on relatively short notice. Unfortunately for “The Black Beast,” the mismatch on paper proved to be just that when they fought, as Cormier submitted him by rear-naked choke at UFC 230.

The UFC’s first ever event in Wichita, Kansas appears to have its headliner.