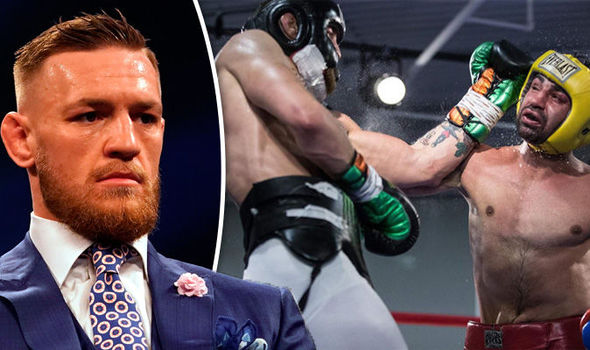 Paulie Malignaggi calls for "money" fight against McGregor: "I would beat him to a pulp! There’s no other fight he can make that he makes more money than he does fighting me – the problem is, he gets beaten by me.”

Since that sparring session back in 2017, Malignaggi has been calling for a grudge match against McGregor, and the 38-year-old feels now would be the perfect time for both men to settle their business inside the boxing ring.

Speaking to Off The Ball in a recent interview, Malignaggi said the potential matchup is the biggest "money" fight available for McGregor right now.

“There’s no other fight he can make that he makes more money than he does fighting me – the problem is, he gets beaten by me. Eddie Hearn can easily put the fight together, Al Haymon can easily put the fight together, Showtime have said they’d be interested in it — I don’t think it’s a no-brainer at this point. I don’t think it’d any secret at this point — there’s money in the fight.” Malignaggi said.

The New York-born fighter also said he would beat McGregor to a pulp and put him in hospital.

“I would love to fight Conor McGregor in a winner-takes-all fight in a boxing match, I would absolutely love it because I would beat him to a pulp, I would hospitalize him and I’d make him go home broke too.

In boxing I’d be interested in it — I’d love to do a winner-takes-all fight just so he can go for free but I don’t think he’d ever agree to that.”

Malignaggi didn’t stop there, as the former two-weight boxing champ implied that McGregor is getting desperate as he nears the end of his career.

“McGregor’s trying all that he can to keep himself relevant as best he can – even going as far as calling out the Japanese featherweight Nasukawa. That guy just did an exhibition with Floyd Mayweather – I don’t think he was intending to fight guys as big as Floyd and Conor, that physically big – he’s a very small guy. It was a one-off situation. Conor’s not the same – he’s not Floyd Mayweather.

Floyd Mayweather doesn’t lose – Conor loses every year. So I think Conor twisted up the roles a little bit. He got a bit confused – he forget he was Conor ‘McQuitter’ and thought he was Floyd Mayweather for a second where he could just walk into the free money. Guys like Floyd earn that kind of thing.

In truth, he’s trying to look for free money because he knows that his time at the top is coming to an end.”

Although Malignaggi claims to be the money fight, McGregor would likely net a bigger paycheck by taking on Khabib Nurmagomedov in a championship rematch.