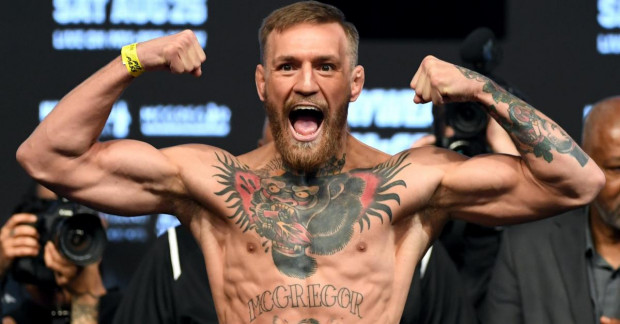 See who Conor McGregor wants next!

Conor McGregor wants to set up a mixed martial arts ‘exhibition’ with someone before this summer, according to a tweet that the Irishman posted in the early hours of Monday morning.

“I want to go to Tokyo to face Tenshin Nasukawa in a Mixed Martial Arts exhibition bout,” the post read. “Before this summer. Please arrange this, this instant. Yours sincerely, the champ champ.”

McGregor signed off the post by tagging his management company, Paradigm, and the UFC.

The Dubliner’s framing of the suggested bout as an exhibition was likely a nod to the Japanese kickboxer’s ill-fated boxing exhibition against Floyd Mayweather Jr. on New Year’s Eve at Rizin 14 in which he was finished in the first round after being dropped on three occasions.

McGregor suffered a 10th-round loss to Mayweather in his boxing debut last August. He returned to the Octagon in October of last year at UFC 205 and succumbed to a rear-naked choke in the fourth round of his main event lightweight title showdown with Khabib Nurmagomedov.

UFC president Dana White has recently claimed that the rematch between the Russian and the Irishman should happen in 2019.

Nasukawa has taken to Twitter himself to address the challenge, suggesting that the two meet in a 58-kilogram (approx. 128 pounds) kickboxing match instead.