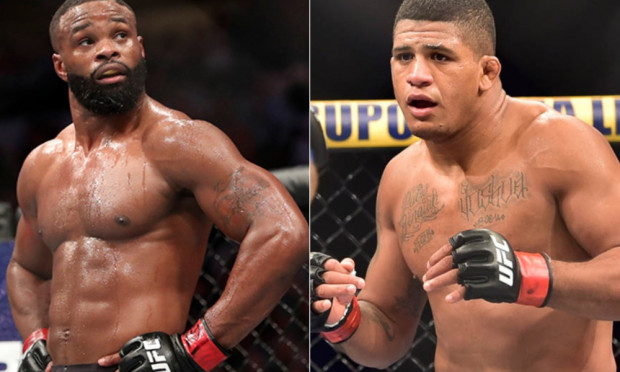 The former UFC welterweight champion has not fought since losing his title to Kamaru Usman lsat year.

We don't know a lot about this card but we know the main event.

ESPN’s Ariel Helwani confirmed on Tuesday that a welterweight battle between former champion Tyron Woodley and rising Brazilian contender Gilbert Burns is lined up for the promotion’s May 30th card. UFC rankings have Woodley as the #1 ranked contender, where as Burns is #6.

Woodley (19-4-1) won the UFC welterweight belt by knocking out Robbie Lawler back in 2016. He kept his title successfully over the course of three wins and a draw in his first fight with Stephen Thompson. His reign as champion ended with one-sided decision loss to Kamaru Usman at UFC 235 last March. Woodley was scheduled to rematch Lawler last June, only to withdraw due to a hand injury. A main event vs. Leon Edwards was set for UFC London this year, but the COVID-19 pandemic resulted in that matchup being cancelled.

Burns (18-3) is riding a five-fight winning streak, with three of those victories coming after he decided to return to welterweight. After decision wins over Alexey Kunchenko and Gunnar Nelson, the talented BJJ world champion scored a first-round TKO over veteran title challenger and former Woodley foe Demian Maia. Burns angled for a short notice bout with Woodley after the Edwards fight was nixed for March 21st, and while that particular event was postponed altogether, “Durinho” will get his wish.

No location is set for this May 30th card, but it doesn’t look like they’ll remain in Florida. Dana White is angling for the UFC APEX facility in Las Vegas, but failing that they would go to Arizona, which is allowing pro sports without fans.