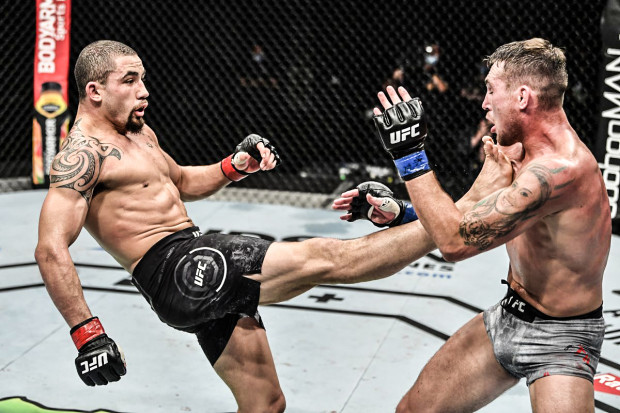 UFC on ESPN: Whittaker vs. Till - RESULTS

The event's 15 bouts is tied with UFC 2 for the most on a single card in UFC history.

Khamzat Chimaev broke the record for quickest turnaround between UFC wins at 10 days (not including one-night-tournaments during the UFC's early days).